Adventure Awaits, If You’ll Have It

It has been said that the human spirit demands adventure — and when one is in need of adventure, what better direction is there than West?

We go East when there is business to look after, but we head West when we feel a calling.

It was this calling that nagged at my husband and I for a year while we were living in southern Ontario. We had both grown up in the shadow of Toronto, but things were growing rapidly and exponentially, far beyond the slower pace we knew as children and teenagers. As suburbs replaced farmland and it became near-impossible to make a left turn anywhere without an advance, our gaze began to drift elsewhere. The second-largest country in the world was at our disposal, although there was a grander sense of wonder in my heart when I looked westward rather than east. Of course, good things take thought, patience and planning to come to fruition, so we nurtured our dream in private until the timing was right.

Eventually, answering the call of the wild became possible when the circumstances of life and work perfectly overlapped into one fortunate window of opportunity — all that was left to do was roll the dice, and take the chance. So we both accepted the job offers we had respectively received, sold the majority of what we owned, packed what was left into our two-seater sports car like it was a game of Tetris (two cats included!), and began our four-day drive across the country.

The first leg of the journey took us up to Wawa, a small mining town resting on a particularly beautiful part of the Canadian Shield. The hardest part of that day was the time we spent in my parent’s driveway saying goodbye to them, but once we hit the road and got past Toronto’s network of highways, the sadness was overtaken by excitement – and trust. You’ve got to trust that you’re doing the right thing in life, no matter how bittersweet the sight in your rearview – otherwise you’ll rob yourself of ever truly living in the moment.

But that urge to embrace the randomness of the open road was quickly hit by unpredictable Canadian weather. Long after the fertile rolling hills of the south turned to the bedrock of the north, we were hit by two thunderstorms that caused us to pull over on the side of the highway with several other vehicles each time. The second time, an emergency broadcast rattled through the radio to warn of a possible tornado, and to seek shelter immediately. The rain was falling so fiercely that it was creating a mist, making it impossible to see at all. I couldn’t help but laugh at the cats, who had suddenly become lions in the face of their great adversary: the windshield wipers. But just as suddenly as the storms had started, they stopped; we were back on our way.

With each passing hour, the distance between towns grows and the elevation takes you higher. The landscape dramatically changes beyond Sault Ste. Marie (the last “big city” before Thunder Bay), as each wind in the road opens a spectacular view of pristine blue waters and pine trees miraculously holding onto steep cliff faces – a great testament to the will of life to survive. The golden hues of the day’s dying light was the perfect time to discover that the eastern shoreline of Lake Superior was secretly covered in ancient, forested mountains, almost as if giants had fallen asleep here and quietly turned to stone. I was completely smitten. 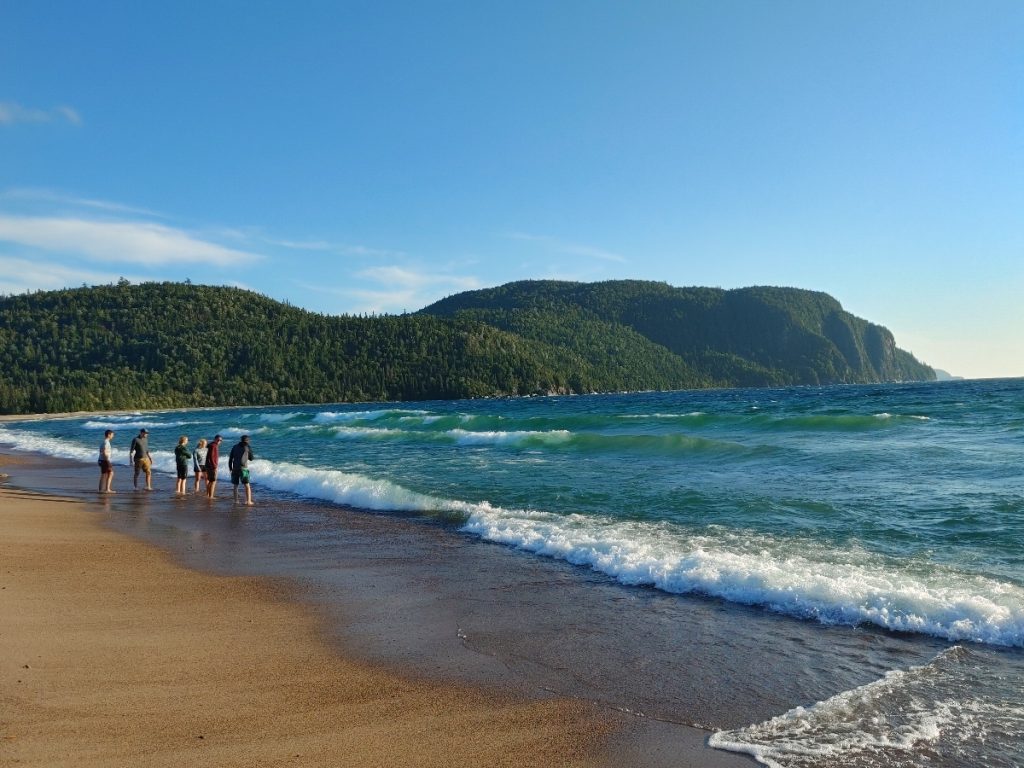 If you ever find yourself driving between Sault Ste. Marie and Wawa, I recommend taking your time and savouring every moment. Bring a good camera with you, but don’t forget to put it down and behold the wonder for yourself. Also, definitely don’t trip over your own feet at the beach and fall into the lake, getting your shoes, socks, and pants wet… happened to a friend of a friend of mine!

That night, we stayed at a cozy motel owned by a kind Polish woman and prepared for the next day, which would take us to a remote town on the Ontario-Manitoba border. I remember feeling so far away from my family that night, but I was just grateful that the motel was clean and that we had arrived to our destination in one piece.

I will leave the story here for now. Until next time, when we cover the vast boreal forest and the drive across the Great Plains… 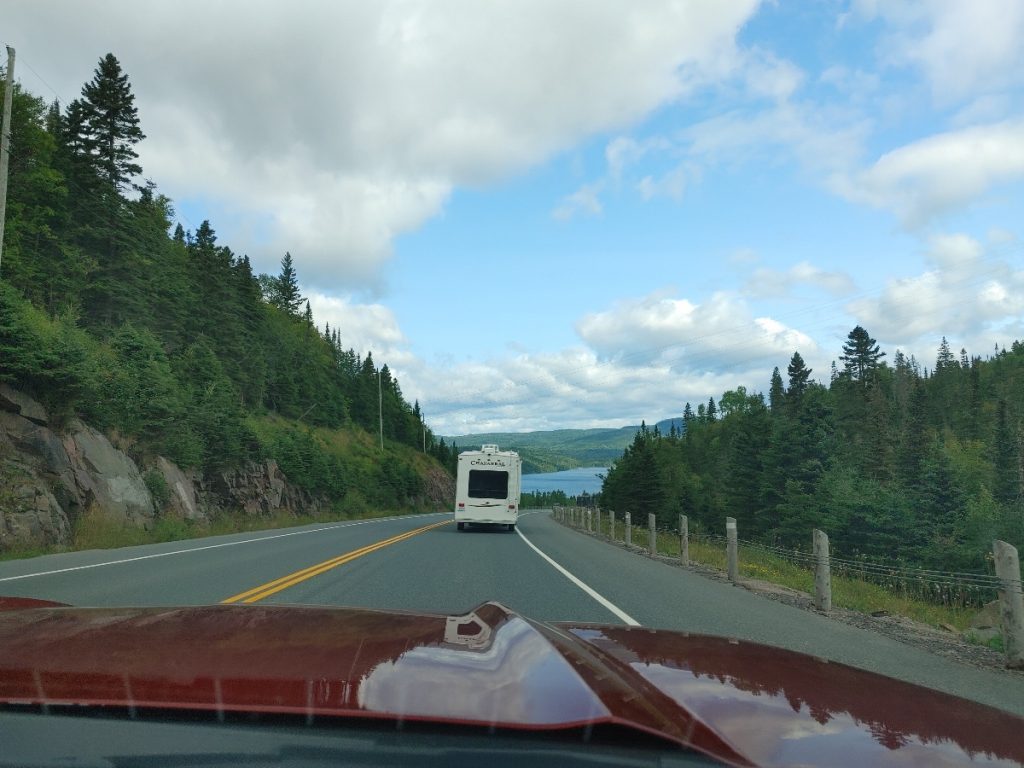