Of all Canadians, I love Terry Fox best.

Here was a young man facing the tremendous personal challenge of overcoming cancer and losing a leg, yet he still persisted on his selfless quest of running across Canada for the benefit of people he did not know. I remembered seeing video footage of when he had been forced to stop — he said to the reporter, “All I know is that if I can get back out there, I will.” To pay our respects to such humility, we made a stop at his memorial in Thunder Bay, the farthest he had managed to come. There was something special about being there, looking out over Lake Superior and seeing all the visitors he was still attracting. After another brief stop at Kakabeka Falls not far from the memorial, it was a four-hour drive to our motel, which was essentially an outpost in the marshy northern wilderness. 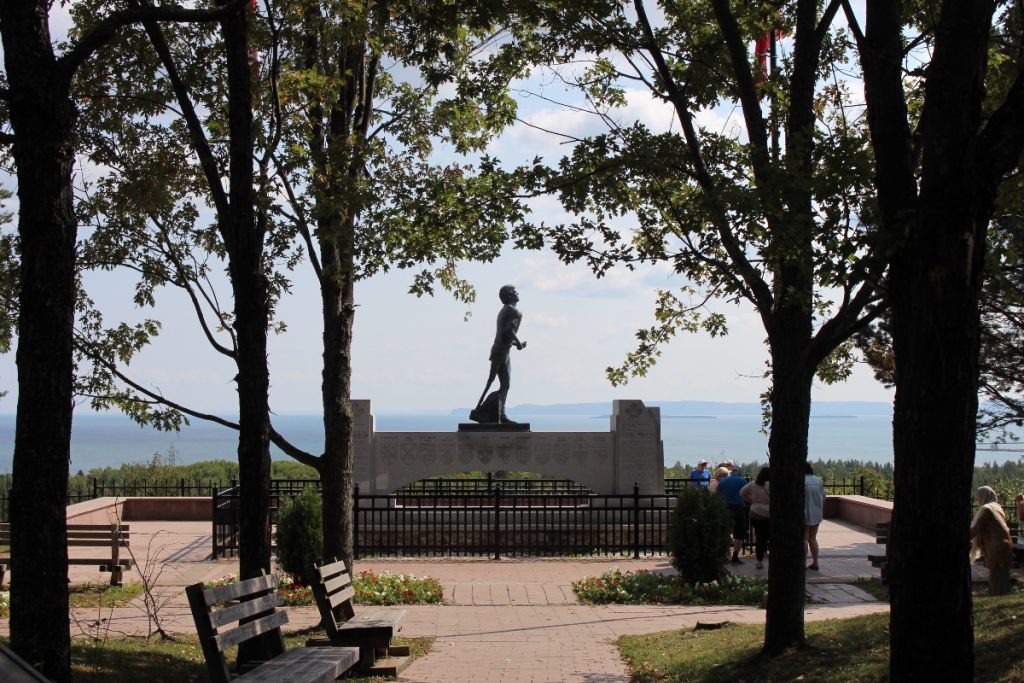 That night the sky was untouched by artificial light. The Milky Way appeared like a dream, stretching its arms from one end of the sky to the other, shimmering with dark purple clouds. It inspired a feeling of goodwill in me, especially with Terry’s courage so fresh in my mind — I felt tiny, but happy to be alive.

The motel was on the Trans-Canada Highway, and now and then the darkness surrounding us was interrupted by the roar and bright lights of a semi-truck. As one of them drove by, I caught a brief silhouette of the man behind the wheel. Out here in the remote boreal, with all the dangers of night driving, I felt a wave of appreciation for every truck driver on the road that night — unseen workers who make it possible for us to enjoy the luxuries that their trucks bring from one end of the country to the other. As we turned to walk back toward our warm room, I silently hoped he would be safe on the rest of his journey.

By the next afternoon, we had crossed into the biome I had been anticipating the most: the Great Plains, the Prairies, Canada’s Breadbasket. Slightly east of Winnipeg is where you will find the forests on either side of the road dramatically stop and open up to a complete 180 degree view of bright, blue sky – and you’ll also find the longitudinal centre of Canada at 96°48’35”W, where you can pull over and take a memorable photo next to a field of sunflowers.

Many warned us of how bored we would be driving through the Prairies, but it was the complete opposite. It’s hard to put into words how “big” it felt out there — the sky, the silos, the grasses, the ranches, the long side-roads that run to the edge of the horizon. It is certainly flat, yes; although just as often as it was flat, there were large, gradually inclining hills carved by the glacier that covered Saskatchewan 10,000 years ago. We stayed overnight outside of Regina and saw an epic lightning show that evening, where the night sky literally tingled with electricity (and where we also managed to find great Indian food in a town of only 1,900!) 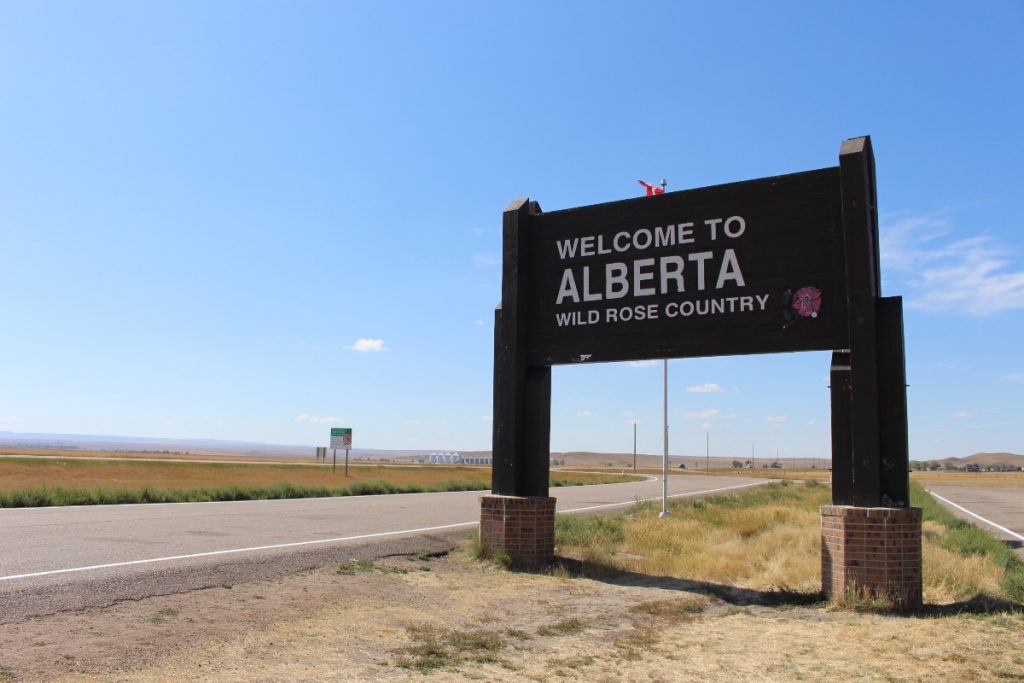 As we made our stops every now and then, we met several travellers who we also moving to Alberta and B.C. It was encouraging to meet other young people who wanted to explore the country and try something new. We met our fair share of locals as well, which always left me feeling as if southern Ontario was a bit of a bubble — we tend to forget what many other Canadians live and think like outside of ourselves. As we drove deeper into the Prairies, we saw all the hallmarks of being on the range: rodeo signs, pumpjacks, western wear stores, people on horseback, and of course, the occasional sheriff.

At long last, we crossed into Alberta, where it is a straight shot northwest to Calgary through prime ranch and oil country. The cats were beginning to get just as restless as us by this point, but finally we saw the distant peaks of the Rockies emerging. Our new home was at the southern edge of the city — which turned out to be surprisingly busy, with several roundabouts that were more like free-for-alls — but at the end of the road, happy and exhausted, we had the keys in our hands.

I will press pause here, but next time we will continue the adventures into the Rocky Mountains and the Canadian Badlands… 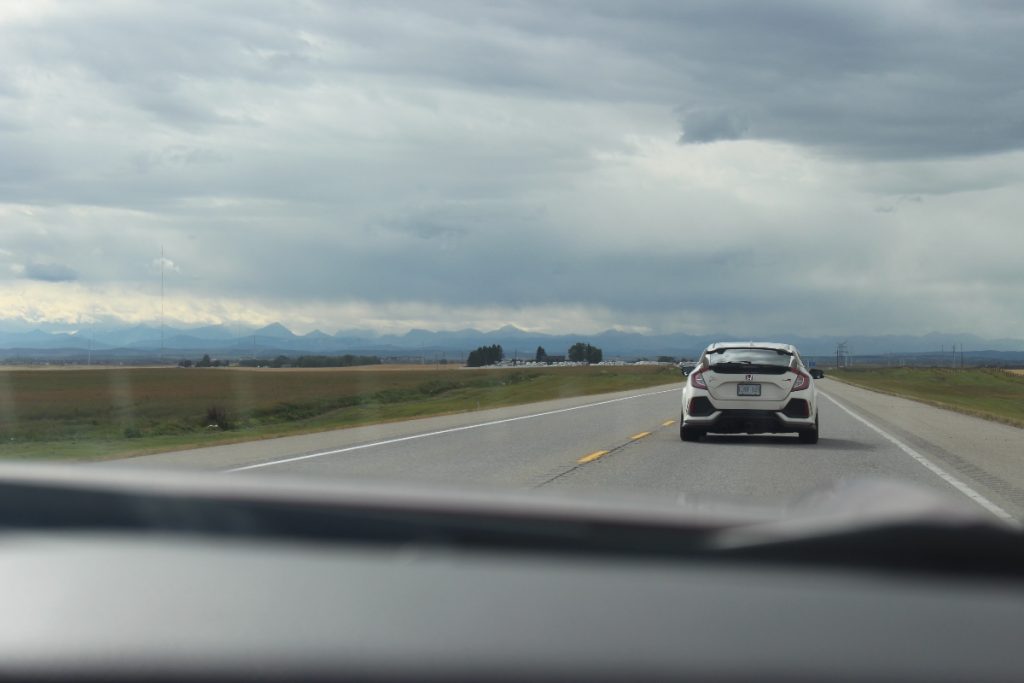