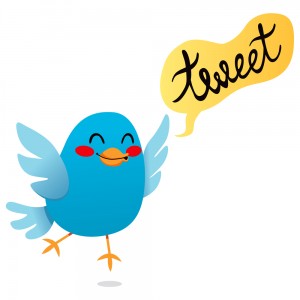 When’s the last time you tried to “connect” with a celebrity on Twitter and found that they were not present? Aside from Ryan Gosling’s grossly inactive Twitter account, I cannot remember the last time I felt like a mainstream celebrity wasn’t “getting it” when it comes to the Twitterverse and the importance of being present and active.

Social media – Twitter, in particular – creates a powerful linkage between celebrities and their fans. The notion that I can directly reach out to any celebrity in the world to share my opinion or ask a question – and *gasp*, have them acknowledge my existence – is a pretty major shift in a traditionally one-sided relationship. Similarly, the flow of communication between consumer and brand has also opened up to become two-way and symmetrical thanks to social media.

Since today’s celebrities are brands unto themselves, and since they typically enjoy insanely large followings comparatively not experienced by the average brand out there (i.e., big brands like Coca Cola, Starbucks and McDonald’s excepted) there are valuable lessons to be learned from how these personalities navigate what I believe to be today’s quintessential social media channel, Twitter.

13,398,602 Twitter Followers at the time of this post.
In the summer of 2013 Drake was named Most Influential Rapper on social media by Vibe. Within the year leading up to the announcement, over 46.2 million social conversations took place that referenced Drake. Before you say “so what,” consider that his Twitter following is larger than rap contemporaries Kanye, Jay-Z, A$AP Rocky and Kendrick Lamar by a lot. A lot as in, at least 3 million. So what is Drake’s secret to besting his competitors on Twitter? His presence isn’t purely promotional. He genuinely engages his followers by retweeting them, promoting his peers’ work, and using Twitter like a real, average person – to share authentic micro-thoughts.

18,788,026 Twitter Followers at the time of this post.
Love her or hate her, Kim K. is social media savvy. Not a musician, actor or artist, her following is pretty incredible considering that her brand is built purely on her appearance, personality and lifestyle. Here’s why her Twitter presence is so incredible: she is aware. She is keenly aware that her empire is based on the optics of her celebrity status and leverages this understanding to maintain a hyper-visual, and therefore on-brand, Twitter presence. Her most newsworthy tweets all linked to images that serve to seemingly invite the public into her private and glamorous life by showing, not telling, her most intimate moments. The first public image of her baby, her first revealing post-baby body picture, her engagement ring from Kanye West the and proposal-scene were all communicated to the public using images shared via Twitter.

8,223,415 Twitter Followers at the time of this post.
Although I have a sneaking suspicion he has nothing to do with the actual maintenance of his Twitter account, Leo DiCaps’ Twitter should be applauded for being so tightly focused. His profile describes him as an “Actor and Environmentalist” and every single tweet relates to one of the two roles. This is smart for a few reasons: 1) his concentration on work and social good in his tweets reinforces his image as a serious actor, focused on “what matters” (films and using his position to make positive changes to the world); 2) by using Twitter in a way that is completely opposite to Kim Kardashian’s approach, he protects the air of mystery surrounding his personal brand – a key component to maintaining the notion of his superstardom; 3) his Twitter followers have a clear understanding of what they can expect from following him and won’t likely be blindsided by silly content that compromises their vision of who they think he is and who he purports to be. A focused and largely predictable Twitter presence is key to maintaining Follower interest and loyalty!

2,210,000+ Twitter Followers across three accounts at the time of this post.
Rachael Ray is the Martha Stewart for the new millennium, so of course she understands – or has a team who understands – how to maximize Twitter to spread her brand messaging effectively and efficiently. The key here is segmentation. There is a Twitter account for Rachael Ray the personality, a separate account for the Rachael Ray television show and one for the Rachael Ray magazine. Got that? Three Twitter accounts in all. This is a genius Twitter strategy because it applies an audience segmentation approach – the key to truly targeted marketing. Ray takes into account that people’s interest in her brand applies to these three main areas and uses each Twitter channel to deliver highly targeted key brand messaging, heightening the relevance for each Following. Bonus: this approach also enables for awesome cross-pollination opportunities whereby content can be retweeted, recycled and promoted between the three channels in an organic way that isn’t disruptive to the audience experience.

2,438,942 Twitter Followers at the time of this post.
Being controversial on Twitter – purposefully or inadvertently – poses obvious risks for the reputations of individuals and brands. Trump is included on this list because he proves that stirring the pot on Twitter can garner the attention of some of the biggest news outlets and result in quick boosts of media coverage. I don’t believe Trump always seeks to be on the attack on Twitter, but his opinions are often so strong or aggressively-worded that it just works out that way. The tip to be learned is this: don’t voice staunch views on touchy topics (see: political, religious) without having a crisis plan in place. Taking an unpopular position or being antagonistic poses the threat of turning off your following and re-calibrating their perception of your brand. Also, don’t attack individuals maliciously and/or at random. Just don’t.

If you’re looking for guidance on boosting your Twitter presence, need help developing a social media strategy or designing unique, branded content like infographics or videos, contact Interkom today to get started! We specialize in integrated marketing campaigns that propel brands to the next level. Bonus: we have some serious social media junkies on our team who love applying their passion and expertise to give your brand a clear, compelling and informative voice on social media that produces real results for your business!