As a seasoned consultant (which is another term to explain the grey hairs), it amazes me how consumers today select their choice of outlets to gather their daily media coverage. With all the choices that are now at people’s fingertips, it seems that the phone, tablet, and computer have won out over how I consume my own news.

The other day I was watching a program via YouTube no less, that had aired that day in another country, and another time zone. One of the panel guests at this weekly talk show was the publisher of a major daily newspaper. The other guests were the prime minister, an admiral, and a psychologist/philosopher.

The moderator, who has had this weekly Sunday morning TV show for some time, asked the publisher how she made the decisions on what to publish in the printed version of the newspaper. Her answer was that since the printed news was always ‘old’ news, they thus used more in-depth reporting to assist readers with the backgrounds of the ‘old-news’ items.

I personally grew up in an era and a country where TV was just emerging as a news source, when I was a pre-schooler and where newspapers and radio were the most current sources of the news. If you wanted to see the world-news, you occasionally got a glimpse if you were lucky enough to score a ticket to the cinema to take in a movie. The cinema news, which aired ahead of the main feature, always had super fascinating segments that dealt with interesting stories from Africa, Asia, and other faraway and mystical places.

Fast forward to today, and here I am reading two national newspapers every morning and a weekly international financial newspaper on weekends. The difference between the national newspapers is that the one used to have a better business section and was generally a better read and the other, a more local investigative and distinct liberal-leaning daily, had better sports coverage.

Frankly, these newspapers, which consist of only 2 sections most weekdays, costs $4 for a single copy, or so it says on the front cover of the one. Since Chapters/Indigo stopped carrying any newspapers (to save on staff or more daily walk-in customers?), they are only available at alternate outlets or online. As a five and seven-year-old, my brother and I were allowed to ‘read’ the evening newspaper my parents subscribed to after my father had finished reading it. We would be sprawled on the living room floor trying to make sense of what was being reported. Words we did not understand we had to look up in the dictionary, and we also had an old encyclopedia for additional research.

What is astounding today, however, is how the media seems to have figured out that 70% of all news should be negative, because it makes a bigger impression on the average news consumer. From my personal experience, I believe this is the fundamental flaw of why I would rather get my news from other countries these days than what is being offered here at home. These international news sources provide a more global view and more interesting features, with real aspects of fascinating stories of what is happening outside our borders. Perhaps could this be some good medicine to resurrect the enjoyment of catching up on news from local media? Time will tell, but I for one predict that mass media is a thing of the past. Perhaps this is not a bad thing, but it certainly takes the enjoyment out of opening the freshly delivered daily, which used to be the perfect start to my day. 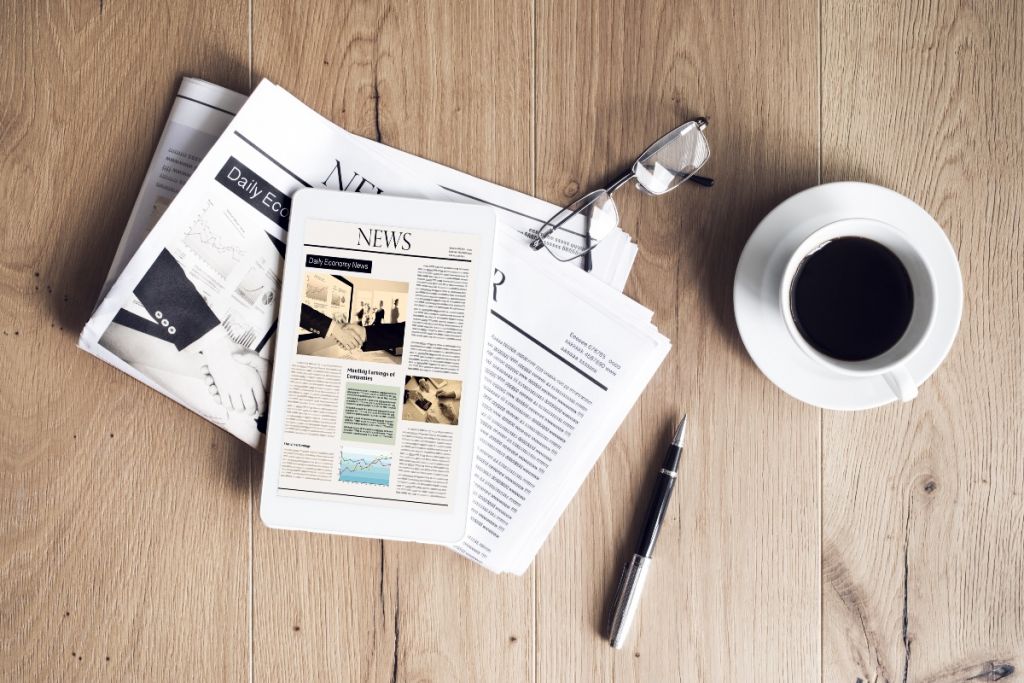